Back to main website
Helping you every step of the way

In 1981 Bruce moved to Vero Beach, Florida where he opened and established Treasure Coast Prosthetic and Orthotic Services as the leading provider of O&P services on Florida’s east coast. 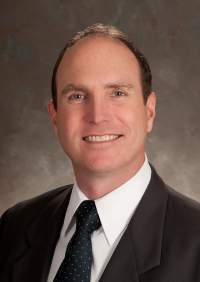 Paul is an American Board Certified Prosthetist and Orthotist and a member of the American Academy of Orthotists and Prosthetists. Paul’s extensive professional career began with his family’s prosthetic and orthotic practice in Philadelphia, PA. He attended New York University earning a Bachelor of Science in Prosthetics and Orthotics.

After graduation Paul returned to Philadelphia and joined the family practice as a certified prosthetist and orthotist. In 1995 he moved to Vero Beach to join Treasure Coast Prosthetic and Orthotic Services and is now the owner and President.

He has served as adjunct professor at Indian River State College providing training and education to students in the Physical Therapy Assistant curriculum.